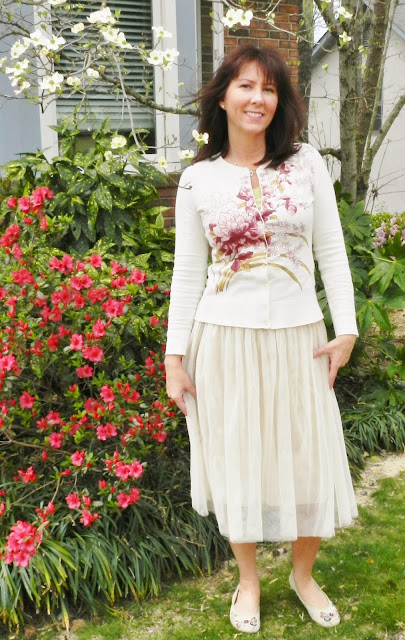 This was gonna be called "Half-Price"

Seeeee.  See how that works out.

However, I'm wearing it today out of a (fond) sense of tradition.  In all my growing up, getting dressed for Easter Sunday was some serious business.  In this way, I am still child-like and clinging to the old ways.

But I also believe that my faith is organic, that it breathes and grows and changes - and not always in the anticipated, traditional ways.

So below is one of my favorite stories and I'm quoting it from Eugene Peterson's paraphrase, The Message.  Having grown up on the Old King James, I must assure you that this is a true demonstration of just how progressive I've become.


"That same day two of them were walking to the village Emmaus, about seven miles out of Jerusalem. They were deep in conversation, going over all these things that had happened. In the middle of their talk and questions, Jesus came up and walked along with them. But they were not able to recognize who he was.

He asked, “What’s this you’re discussing so intently as you walk along?”

They just stood there, long-faced, like they had lost their best friend. Then one of them, his name was Cleopas, said, “Are you the only one in Jerusalem who hasn’t heard what’s happened during the last few days?”

He said, “What has happened?”

They said, “The things that happened to Jesus the Nazarene. He was a man of God, a prophet, dynamic in work and word, blessed by both God and all the people. Then our high priests and leaders betrayed him, got him sentenced to death, and crucified him. And we had our hopes up that he was the One, the One about to deliver Israel. And it is now the third day since it happened. But now some of our women have completely confused us. Early this morning they were at the tomb and couldn’t find his body. They came back with the story that they had seen a vision of angels who said he was alive. Some of our friends went off to the tomb to check and found it empty just as the women said, but they didn’t see Jesus.”

Then he said to them, “So thick-headed! So slow-hearted! Why can’t you simply believe all that the prophets said? Don’t you see that these things had to happen, that the Messiah had to suffer and only then enter into his glory?” Then he started at the beginning, with the Books of Moses, and went on through all the Prophets, pointing out everything in the Scriptures that referred to him.

They came to the edge of the village where they were headed. He acted as if he were going on but they pressed him: “Stay and have supper with us. It’s nearly evening; the day is done.” So he went in with them. And here is what happened: He sat down at the table with them. Taking the bread, he blessed and broke and gave it to them. At that moment, open-eyed, wide-eyed, they recognized him. And then he disappeared." Luke 24:13:31

I hope that you have had a lovely, blessed Easter and that your eyes have seen the risen Lord Jesus!

Posted by Amanda Parish at 8:24 PM No comments:

I mighta cheated a little at this one. 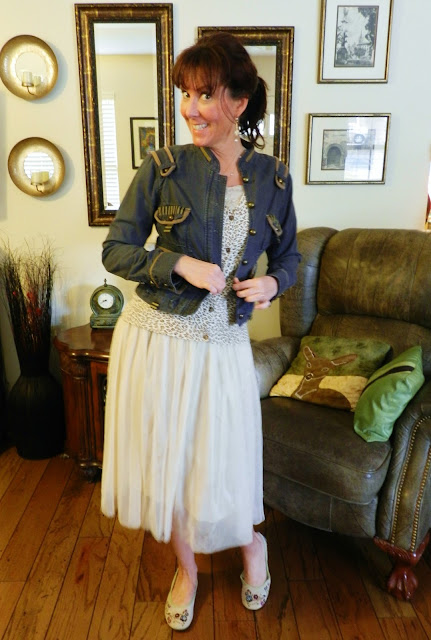 I've been staring long and hard at every crinoline and drape that comes through the Bargain Box, attempting to find the thing that I can convert into my dream tulle skirt but to no avail.  And y'all don't seem to be wantin' to come off of yours.

So I found this skirt on ebay.

Go ahead, gasp and cringe.  Not really!

I've had the shoes since long before I began this (mostly) dollar dressing adventure so we're calling them fully depreciated.

The rest of it did come from the thrift shop so I've copied one of my favorite pins for still less than $25. 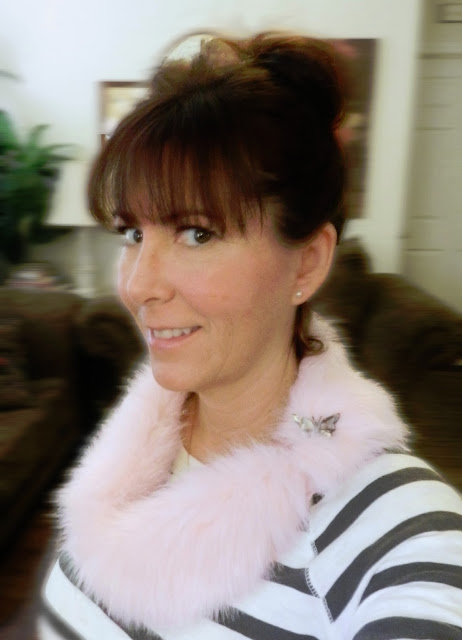 I really wasn't sure how - or even if - I'd ever wear a pink (faux) fur collar but it was in my "just in case" stash, just in case.

Then a friend said something about the ridiculosity of having seen someone wearing a (pink) neck pillow at the airport.
And not just, like,
on the airplane, but
hanging around the airport,
boarding the airplane.
That kind of (ridiculous) wearing.

Got me thinking, though...

Anything they can do, I can (probably) do for a dollar.
Or two, counting my shirt!

And who in her right mind would pass on such an opportunity as that?!
Posted by Amanda Parish at 2:07 PM No comments: